How to fork Bitcoin and create your own Blockchain?

There is an easier option – to fork a network. You could use already working product and add on top of it your business logic. The challenges here are the lack of documentation regarding where and what you need to change in order to separate from existing network.

In this tutorial I will show you how to separate a node from the Bitcoin network and create your own blockchain network on top of Bitcoin.

So, what code changes we need to do?

Inside of it you have configuration for the 3 networks Mainnet, Testnet, Regtest. Each configuration is an entirely new class. We will change Mainnet configuration only. It’s the same principle for all other networks.

What we need to change here?

Information: This is the default port that nodes try to connect to each other.

Information: Magic value indicating message origin network and used to seek to next message when stream state is unknown.

New Value: Find characters from ASCII table that are unlikely to occur in normal data and are different from those used in bitcoin and put their code.

Information: You have different address prefix for different type of address.

Information: You have block height/hash configuration that tells when a feature is enabled. This is done because there are a lot of features that were implemented after bitcoin network was released.

New value: You should put 0 (meaning genesis block) when block height is required and genesis hash when block hash is required so you could have all of bitcoin features enabled.

Information: This is the minimum chain work required to consider the blockchain is updated

New value:  Set this to the minimum value otherwise your coin will not mine. When you have mined some blocks, this can be updated to a larger value.

Information: DNS seeds are used for peer discovery and we are creating a new network so we should remove them for now. In another post I will explain how to setup a DNS seeder for your network.

New value: Remove them for now. There will be a new post about creating your own DNS seeder.(Here)

Information: This is used for adding checkpoints, so a node knows that is connected to the correct network.

New Value: Remove checkpoint data and chain transaction data. When out network is up and ready, we could update that data. 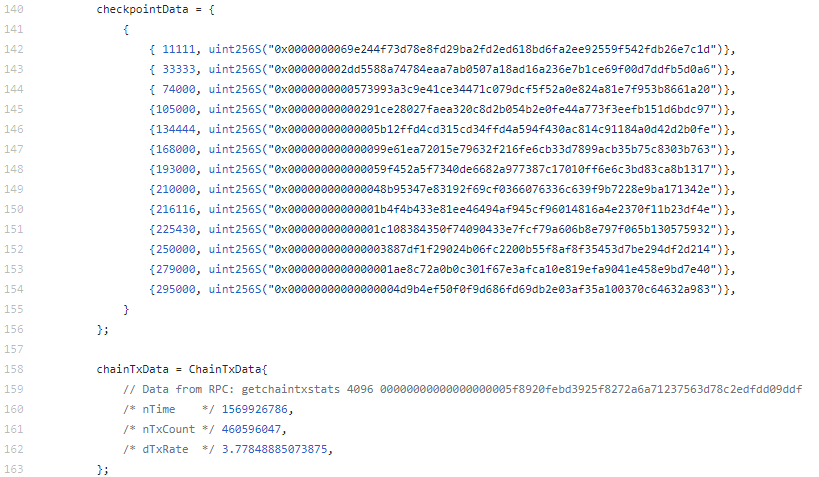 We must generate an entirely new genesis block.

Steps to mine new genesis block.

After genesis block is generated, we need to update our file with the new data.

New value: It could contain any arbitrary data. It should be the same as the input send to genesis gen “NY Times 2019/04/06 A Mysterious Infection, Spanning the Globe in a Climate of Secrecy”

Information: This is the receiver of the first transaction.

Information: When genesis block was created.

Information: The nonce is a field whose value is adjusted by miners so that the hash of the block will be less than or equal to the current target of the network

New Value: The new Merkle hash and Genesis Hash. In this case:

The only thing that we need to change here are RPC ports.

Information: Used for administering your node, from bitcoin client.

Here we have hardcoded IPs, used for a backup when DNS seeds fail to send network node IPs.

Because we want to detach from bitcoin, we must remove them and add out own node IPs. If you don’t add any hadrcoded IPs and dns seeds you need to add nodes manually using addnode command. 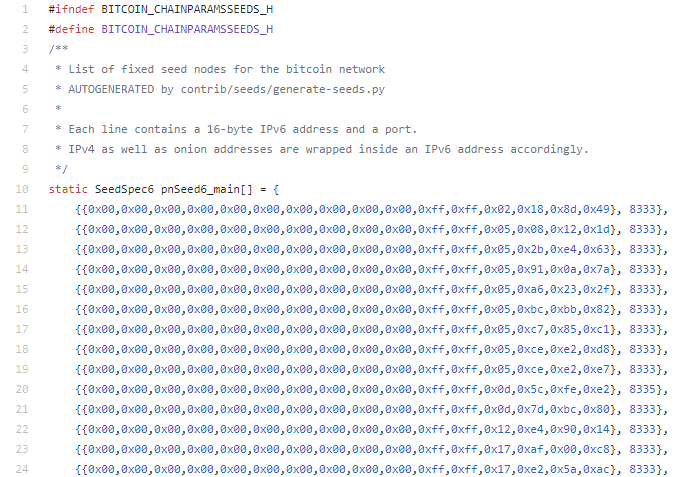 These changes will detach you from bitcoin network, but they will not change block time, mining reward etc. If you want to read more about bitcoin, I suggest you check:

Previous How to Create a DNS Seeder for Your New Alt Coin?Next 5 Ways FinTech Companies Use Blockchain to Outperform Their Competition